Browse hundreds of examples of Oddscene’s artwork in this comprehensive portfolio. Contact Oddscene here to discuss your project or other commission proposal. 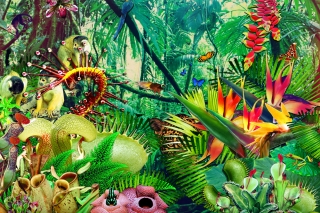 A selection of promo artwork for groups, events, and individuals, across product packaging, flyers, promotional posters and more. 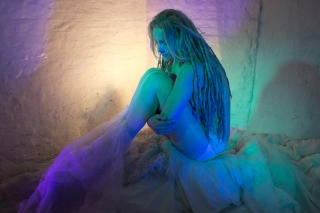 A 2014 series of mermaid-themed costumed portraiture shoots, depicting the lures of the inner female, with the intention of extracting the siren each woman carries inside.

These sophisticated photographs (featuring Narinda Minnaar as Frozen Mermaid) use lighting effects (in collaboration with Patricia Roldan of Bluemission) to achieve the intended atmosphere. The models are invited with a question; “Which mermaid is inside you?”. 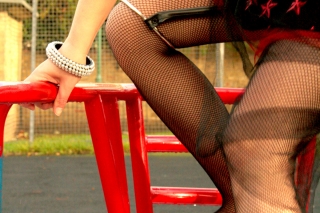 A 2008 series produced as the final piece for a street fashion photography course at the University of the Arts (LCC, London).

Once more demonstrating her keen eye for both composition and colour combination, this sophisticated post-punk look is but one aspect of Oddscene’s style. 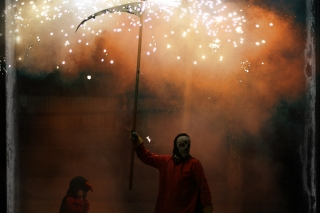 Various reportage-style photographs from Oddscene's travels, taken between 2009 and 2012.

Focusing on life experiences and travels around Europe and Morocco, this atmospheric photography captures the moment in perpetuity, allowing the urban surroundings to tell their tales, revealing the soul of their respective cities. The photos aesthetics are vintage, textured closely as in modern art painting - although this is obviously no accident, the result is, conversely, quite natural. 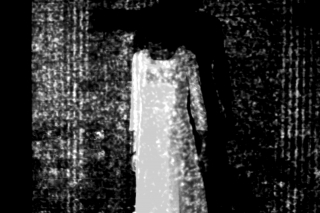 Stark images from an imaginary silent film. A 2007 shoot inspired by the cellulose textures of old cinema, representing the agony of terrible family secrets, reinterpreted noir-style.

Oddscene was exploring black and white photography around this time, experimenting with projection on to human models, following a sequenced narrative. 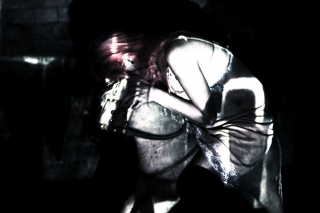 Documenting the inner craziness of despair, using the female figure as a subject, this 2006 series was shot under low lighting conditions in the basement of an old abandoned pub. A visual metaphor depicting the monsters inside and the dark shadows of the subconscious.

Using projection on to models as the only lighting source, to retain the deliberately creepy dark ambience, the inspiration for the setting came from mental institutions and hospitals as depicted in popular horror. 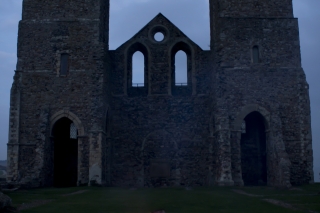 Early one morning in 2016, the Inferno Mortal film crew got together to catch the sun rising at a ruined Saxon church by the sea, for the filming of Tribazik's latest music video. This strong series of pictures documents the cinematographic action, with the natural lighting resulting in a timeless pre-Raphaelite quality.

The pagan symbolism of the video is captured here in essence; air, water and earth in a fire ritual communion to the Sun goddess. 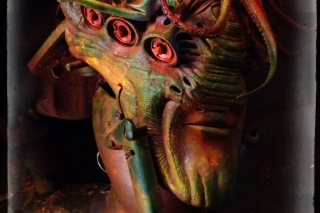